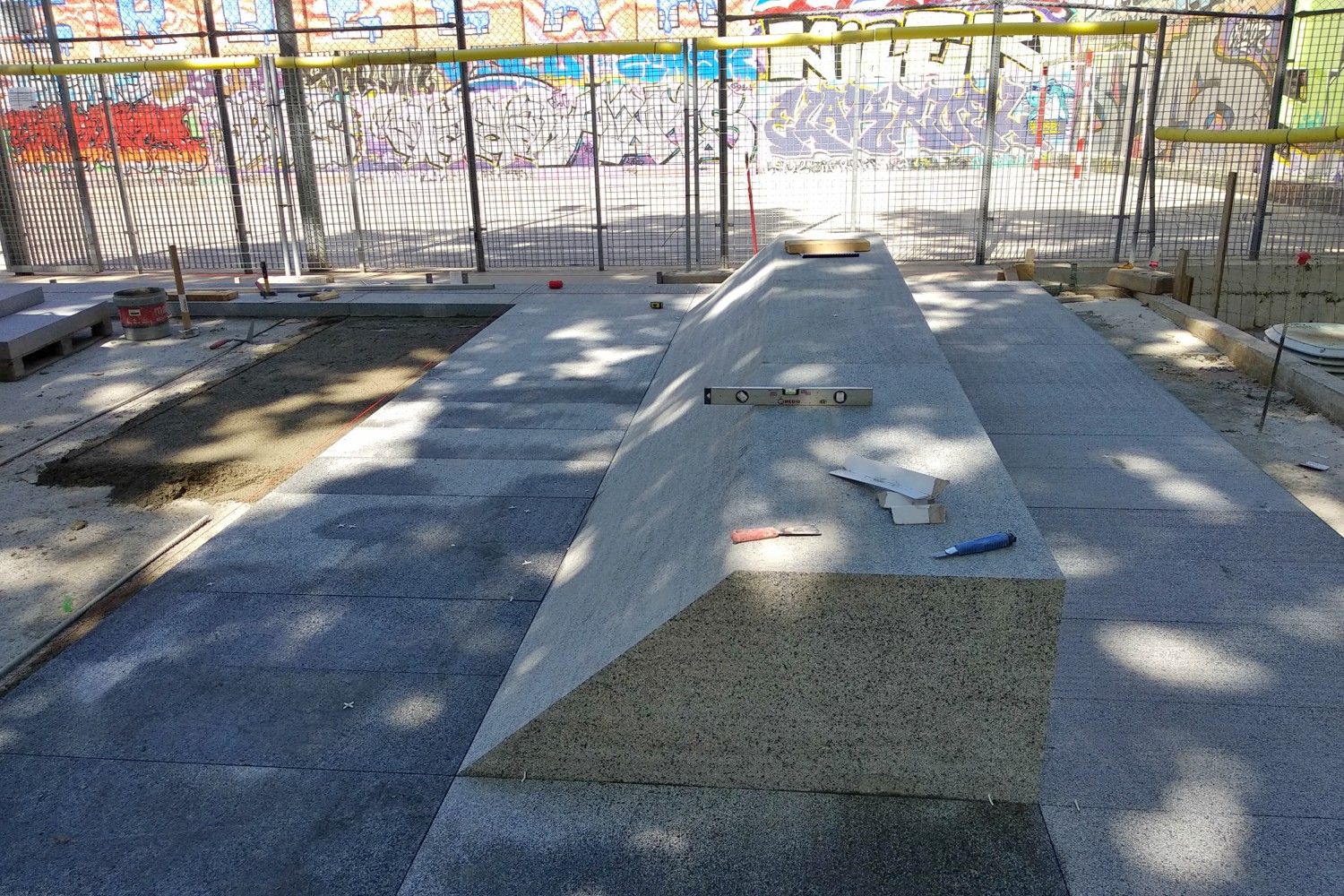 The object of the action is the execution of the redevelopment of a public space of 609 m2 for the practice of skateboarding and other urban sports, in the space located in the Passeig Circumval·lació, concretely between the sidewalk, the CEM Ciutadella and in front of the entrance to the “Campillo”, in the neighborhood of Sant Pere, Santa Caterina and la Ribera, in the Ciutat Vella district of Barcelona.

The project, written by Pol Martín (PMAM / SKATE ARCHITECTS), contemplates a space of a typical skate park, with flamed black granite, that occupies a surface of 366 m2. In the “street” way, the skate is practiced in a linear way, chaining sequences of maneuvers interacting with obstacles or urban elements on a horizontal surface. That is why the current location was chosen, because it allowed the placement of really attractive ramps for users, creating a new space for skateboarding in the “street” mode, of which Barcelona is a true international “Mecca”.

The characteristics of granite, its hardness and dimensions (a lot of them of 120 x 40 cm and 10 cm thick) make it a unique work. In order to place the pieces of great weight, maintain the joints and the planimetry of the work an intense control was carried out by the working team. The construction company, OPROCAT, used a suction cup to comply with the safety and proper execution of the placement of the granite pavement pieces. In this sense, large granite blocks of up to 240 x 80 x 65 cm were placed, whose function is to be obstacles and skatable urban elements.

The works began in February and ended in July 2019, with OPROCAT as contractor, BIMSA as construction manager, Pol Martín as technical assistance and Landem as Technical project manager.