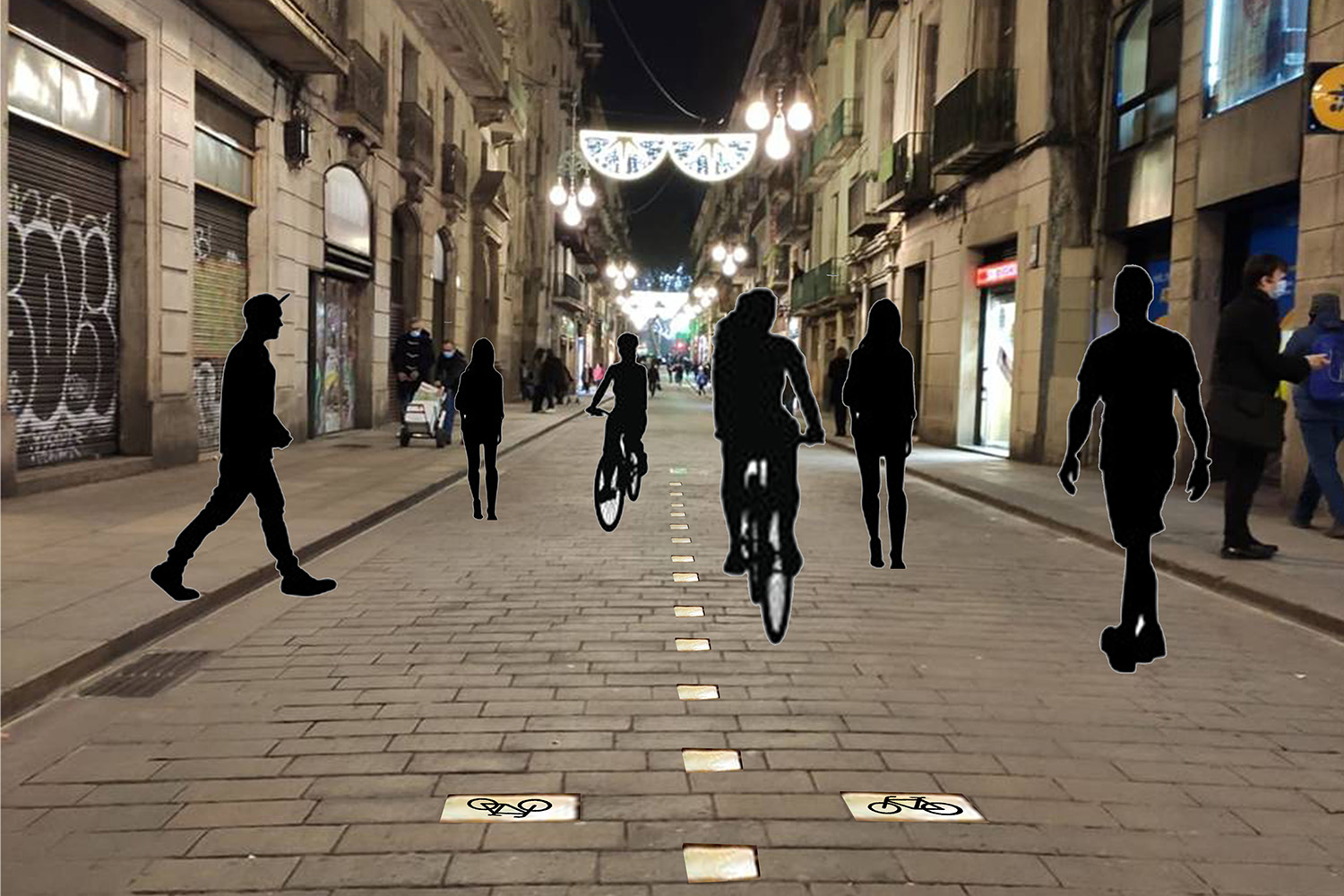 In recent years, the Barcelona City Council is advancing towards a more sustainable model of city, promoting to move about on foot, by collective transport or by bicycle. In this sense, the recently approved Urban Mobility Plan (PMU) 2024 establishes a series of actions aimed at meeting this challenge, including the expansion of the city’s bike lane network by 40 %.

The City Council commissioned Landem to design a pilot test for a bike lane in Carrer Ferran, which, in addition to linking the Rambla with Plaça Sant Jaume, is one of the most emblematic streets of Ciutat Vella. Taking into account the unique characteristics of the street, the main objective of the pilot test is to generate a bi-directional bicycle axle through a permeable bike lane, without side closures, making cross crossings possible and minimizing the impact on the existing paving stone to assess whether the action it is enough to organize the coexistence between motorized vehicles, bicycles and pedestrians.

Although the scope of the project was the definition of the pilot test with a controlled cost, this is proposed as a test to evaluate the viability of the bike lane typology. In the future, it is planned to signal using cobblestone-shaped LED lighting pieces, simulating the pavement, and with smart signs that facilitate coexistence between different users.